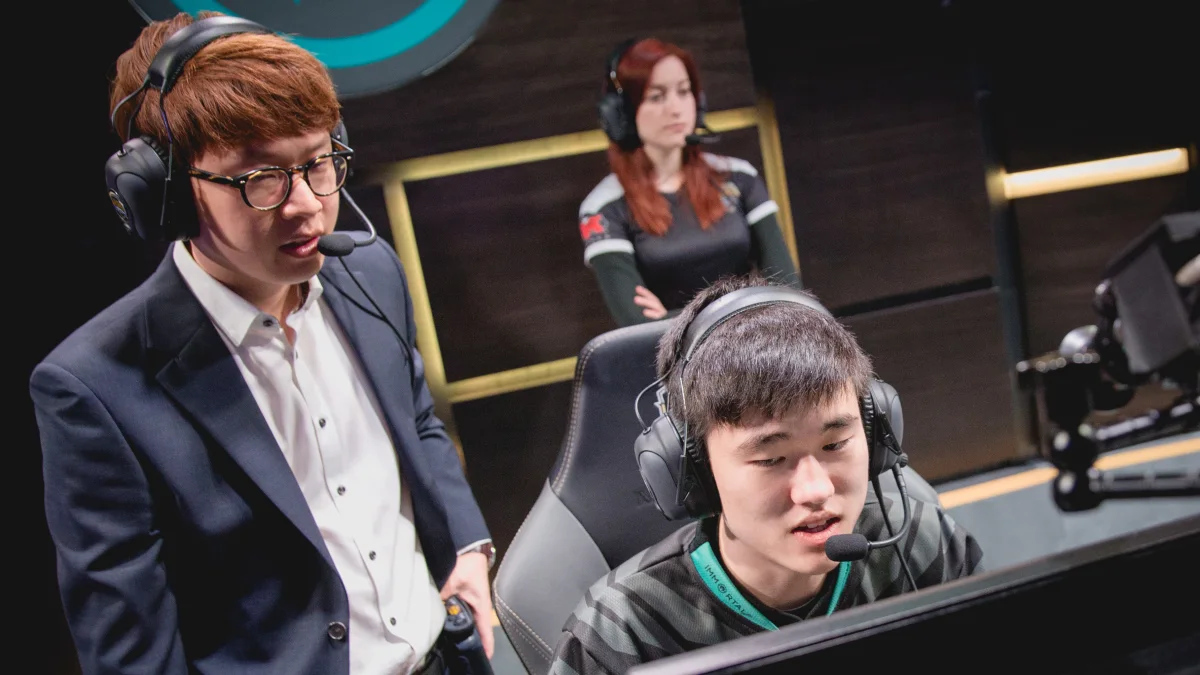 My name is Bob “Supp Ins” Gellaerts currently working as one of the three coaches for the Esports Team Twente (ETT) League of Legends team.

League of Legends is a MOBA (multiplayer online battle arena) game where two teams of five players need to destroy the base of the opponent through strategy and character skills. As a coach I review and prepare my team for upcoming games in the Dutch College League. We make sure that our players are well prepared to play their matches in a landscape that is always changing. Due to several updates the rules of the games continuously change.

My experience with ETT has been great these past months. This UT-based student team is made up of a group of companionable, ambitious people and they all match really well with my mindset. I admire that the team and especially the Esports athletes show us respect and listen to everything we say even though we as coaches generally have less experience and specific knowledge. They respect our choices, our opinions and are willing to go in discussion with us, instead of others in the Esports sector (and especially League of Legends) who are unfortunately very stubborn and arrogant.

How it started for me, we have to go back all the way to 2017. I had been playing League of Legends for about four years. I wanted to play in a team environment and compete. Not competing on a high level because I was at that time still mediocre at the game. Nevertheless, I found a community called Chronicle Remix. This is where I met my now good friend James “Torok” Thomsen. Back then I would never have thought that I would be coaching, but here I am. At the beginning of 2020 James approached me with an offer to help out as an assistant-manager for an old organisation, The Obnoxious Gaming Open Tour Benelux team, where he worked for. And I joined in.

From that moment on my first experiences with Esports began. After about four tournaments with Obnoxious we headed into the off-season and the players of Obnoxious all went their separate ways. Meanwhile I started getting into more personal one on one coaching with friends.

In June 2020 one of my best friends Thomas “ThomSonic” Legebeke who I know from my study approached me with an email about applying for ETT. This was our way into ETT. We applied together and in September 2020 we both became coaches of the ETT League of Legends team.

This was a small recap of my journey starting with the desire to play in a team environment, making like-minded friends and building connections that way. Everyone has a different path into Esports. The most important part is setting that first step and I believe that ETT can help you make that first step.

ETT offers a range of possibilities not only League of Legends, there are different branches and you meet people from a whole variety of backgrounds. ETT as a team focuses on competition AND analysis, where students combine their study and their hobby to contribute to the ETT dream to make Twente the centre of Esports.

Esports Team Twente is a great organisation to start a possible Esports career. We are always looking to strengthen the organisation with new members. Everyone can apply now at Esportsteamtwente.nl and I hope to see you around someday.