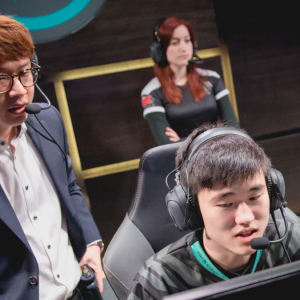 January 5, 2021February 10, 2021 Bob GellaertsLeave a Comment on The first step into an unknown world

My name is Bob “Supp Ins” Gellaerts currently working as one of the three coaches for the Esports Team Twente (ETT) League of Legends team.
League of Legends is a MOBA (multiplayer online battle arena) game where two teams of five players need to destroy the base of the opponent through strategy and character skills. As a coach I review and prepare my team for upcoming games in the Dutch College League. We make sure that our players are well prepared to play their matches in a landscape that is always changing. Due to several updates the rules of the games continuously change.